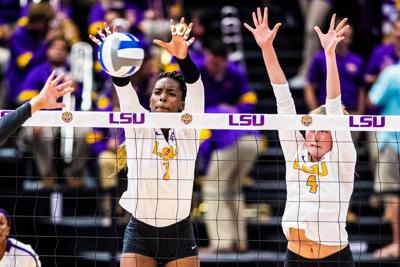 The players have stayed extremely close through the ongoing pandemic and while in quarantine. Coach Flory has built a team that goes beyond her coaches confidence; a team that truly believes in themselves. She has been anticipating the start of the season as she is ready to see the progression her players have made from last season.

LSU was one of the first schools that allowed their players to return to school in the summer to begin preparation for the season. The strength staff worked hard on getting the players fit as fast as possible, while in a safe environment. The biggest challenge she has faced in the recent weeks has been having the players understand how to protect themselves “in an area where they really just can't do it” says Flory. The mental portion of the transition to things has proved to be more challenging than the physical aspect of things for her players.

Coach Flory has tried to be as honest and upright with her players as possible. “Here’s what to expect and here’s how to expect it. We’re gonna remain hopeful, prepare for the worst, expect the best, and see where we end up” says Flory.

Research concluded that indoors volleyball would be a high risk sport to compete. Coach Fran and her staff wanted to make sure they were truly ready for the season. The health and well being of their student athletes and coaching staff have always been the number one priority.

The team is almost match ready and is excited to take on the challenge of jumping right into a SEC game. “We have what it takes to win the SEC. This is ours” says Flory.

This season’s schedule is made up of six weeks of competition against four opponents, twice in the same weekend, for a total of eight matches. “I think it's the best in terms of numbers of matches that we could’ve hoped for in the fall” says Flory.

The season kicks off on Saturday, October 17 against Texas A&M at Reed Stadium.