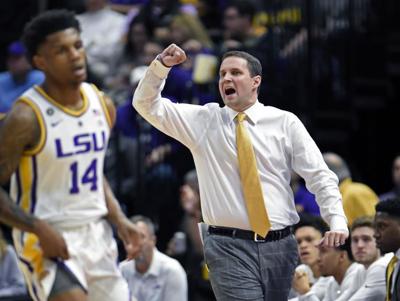 LSU head Basketball Coach Will Wade stepped into zoom on Thursday, April 30 to give updates on the LSU Men's Basketball team amidst the COVID-19 outbreak. The tigers went 21-10 in the regular season and 12-6 in SEC before the postseason was canceled due to COVID-19.

“We’ve settled into a new normal now,” Wade said. “Our goal is to make sure our guys are progressing. Making sure they’re doing what they need to academically so when they come back they’re Eligible.”

The 2020 NBA draft was set to take place on June 25. After an abrupt end to the season, three LSU basketball players have declared for the draft, even though there is no indication of when the draft will take place.

“Some of our guys have had interviews this week. Interviews can be beneficial.” These interviews are some of the few things potential draftees are able to during the pre-draft process; meeting either via Zoom or via FaceTime while teams shift through players' film.

Even though some players may not be returning for the 2020-2021 season, Wade feels that the Tigers will be in great shape for next season. He feels strongly that LSU will be a “major contender on a national scale. That’s what we’re after. That’s what we’re close to.”

For the Tigers, next year will be filled with “talented new comers” along with “proven veterans” according to Wade.

Wade hopes to have 13 scholarship players by the day classes being in August. He feels good with the guys he has signed into next season, and he has even been in contact with NBA coaches about reorganizing the staff for next year to better suit the players.  His first priority although remains getting players back on campus for June 8.

Sorry, there are no recent results for popular videos.