The election saw a total turnout of 1,208 students, an increase of 100 students when compared the last year’s Fall Elections.

The Amplify Ticket closely won the most Student Senate seats in the election with 16 total followed by the Believe Ticket who won a total 15. The graduate student ticket, Grad Gold, secured a total of seven seats.

Student Government Bill Three passed with overwhelming support. This means the Student Senate will now be required to have two-thirds support to pass SG Finance Bills.

"With being able to vote for these people," she began, "you're definitely getting a step higher for your voice to be heard in different scenarios or areas of life that you wouldn't normally get your voice heard in." 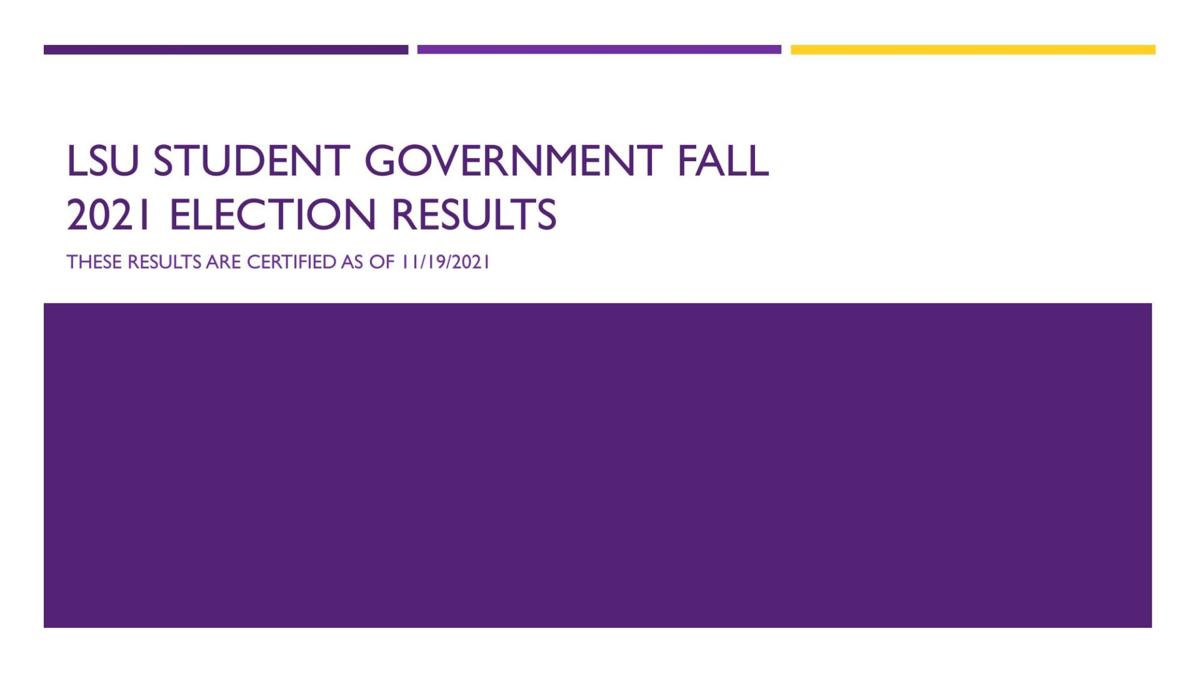