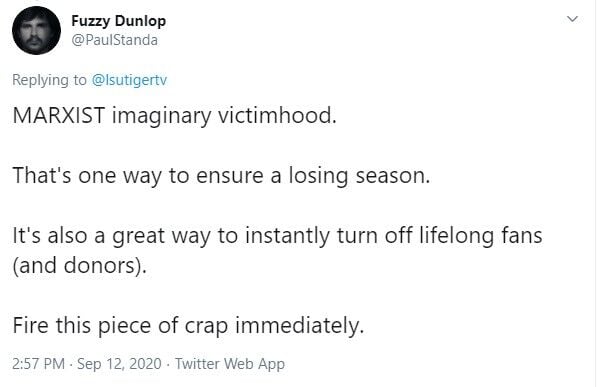 Hundreds of student-athletes marched this past Saturday, September 12, for social justice as a part of the Tigers United initiative. The march was followed by a ceremony with speeches from athletes, coaches and alum including Jacoby Stevens, Nikki Fargas and Ryan Clark.

But neither the act of solidarity nor the heartfelt speeches were the biggest hype after the march. It was this Tiger TV video of Coach O walking with his team that went viral.

While many supported Coach O and his decision to stand with his players, there was a large group of social media accounts that blatantly disproved of the coach's decision and denounced their support of LSU football.

Coach O was recently criticized on social media two weeks ago when he wasn't initially seen with his players when they marched to the president's office, but he soon there after explained that as soon as he was made aware of that march...he joined his players.

He has since been public about supporting his Black players and the team's efforts toward social and racial justice, despite the evident social media backlash he's receiving.